We have concluded work at most of the areas.

The following has been completed at 7pm Saturday afternoon,

On the 965mm pipeline the following has been completed;

The two leaks on the R31 behind soul city are completed.

The two leaks behind gogga pump station are completed.

The repair of three leaks on 965mm behind 3 SAI military base are completed.

The work on the bypass pipes and  air valve on 965mm behind Gariep Medi- Clinic has been completed.

Gogga Pump- the repair of scour valve and replacement of the air valve on 965mm has been completed.

The Sunset Manor repair work on the scour valve on 965mm pipe is complete.

The scour valve on the 965mm near Riverton has been repaired.

On the 600mm pipe the following has been completed;

The Replacement
of the air valve on the 600mm pipe near khumba Skate park is complete.

The work at the Roodepan take-off interlink between the two 600mm pipes is currently underway, this is the only one outstanding.

The next process will be to start up the Pumps at Riverton Purification Plant to fill the bulk supply lines and the reticulation network of the entire city. This will take some time though. The teams will also monitor areas where replacement and repair work took place to check for any possible challenges. Once the system is full to capacity, we will slowly open up valves to start supplying water to all areas.  The Sol Plaatje Municipality would like to thank all for your cooperation. 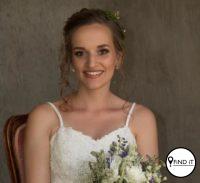