The South African Police Services have laid charges against Henrico Barnard following an alleged racist video, which have since went viral and agitated many South Africans.

In the video, Henrico Barnard called black people parasites and repeatedly used the K-word voicing his unhappiness after Len Cloete was shot in the head by a member of the South African Police Services.

Len Cloete has since been reported to have been in a coma following the tragic shooting to his head.

Although Henrico Barnard is reportedly admitted to hospital, the police in the Waterberg district have opened charges of intimidation, crimen injuria and incitement to commit crime against Henrico Barnard after the alleged racist video went viral on social media.

However, it remains unclear whether Barnard has or has not yet been arrested for the alleged racist video because he is currently in hospital. 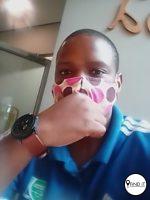